According to media reports, Canada introduced Tobacco and Vaping Products Act (TVPA) in May this year to regulate the safety of electronic cigarettes. In recent March, Canada's domestic e-cigarette sales have doubled to $1 billion. Some analysts predict that the global e-tobacco industry currently estimates a production value of 15 billion US dollars and will grow to 50 billion US dollars in the next five years.

In 2007 or so, electronic cigarettes entered the Canadian market and have been in the grey area for more than 10 years. In 2009, the Federal Ministry of Health banned the sale of most e-cigarettes. However, the inconsistency of three-tier Canadian government regulations on e-cigarettes has caused e-cigarettes to operate in obscure areas for a long time. According to a survey conducted by the Canadian Tobacco, Alcohol and Drug Agency in 2015, 13% of Canadians (about 3.9 million) have tried electronic cigarettes, up from 9% reported in 2013 (2.5 million). There are about 1,000 independent steam smoke stores in Canada, and the number of e-smokers is increasing year by year. 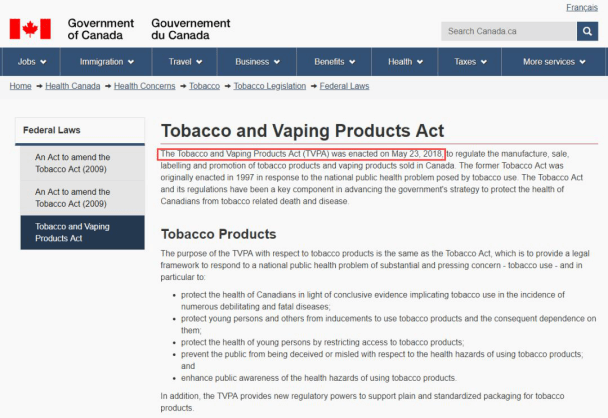 In May this year (2018), Canada introduced the Tobacco and Vaping Products Act (TVPA) to regulate the safety of electronic cigarettes. Steam smoke products are subject to strict regulation under the Canadian Consumer Product Safety Act (CCPSA).

The new law came into force, making many big tobacco companies join in the production of electronic tobacco products.

The Canadian Ministry of Health said it hoped to ensure that electronic equipment and electronic smoke atomized liquids could be produced in accordance with high standards, free of defects, contaminants and used as safely as possible. 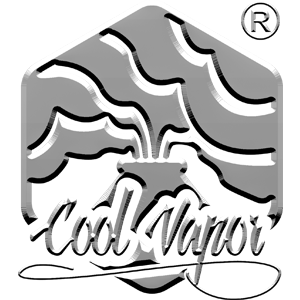